USDJPY has an up and down day

The USDJPY has had an up and down trading day.

The high reached 110.20 in the Asian session. The low was reached in the European morning at 109.878.  The consolidation (after reaching the high, put an pause on the run higher.

Looking at the 5 minute chart above, when the price moved below the trend line and the 100 bar MA (blue line), the trend like move higher seen into today, was done. The consolidation began.

The correction lower took the price toward the 38.2% retracement at 109.903. The pair has been trading above and below the 100 and 200 bar MAs on the 5 minute chart. Those MAs can be an intraday barometer for the bias.  Move above more bullish. Stay below and the sellers (intraday) have the advantage.  Note however, the market is still trying to figure out the next move. So activity can remain choppy.

Taking a broader look at the hourly chart below, the run to the upside since January 8th has taken the price up 255 pips (not bad for 5 days).  The last run higher (yesterday) moved above the 109.675-109.723 ceiling from December.  That area will be a key bias barometer on the downside. Stay above and the buyers are still in control.

Ahead of that is the trend line at 109.80.  Also coming in play as the market consolidates, is the rising 100 hour MA at 109.575 currently (bllue line and moving higher).  That line is moving toward the swing area and will make the area more important from a technical perspective. 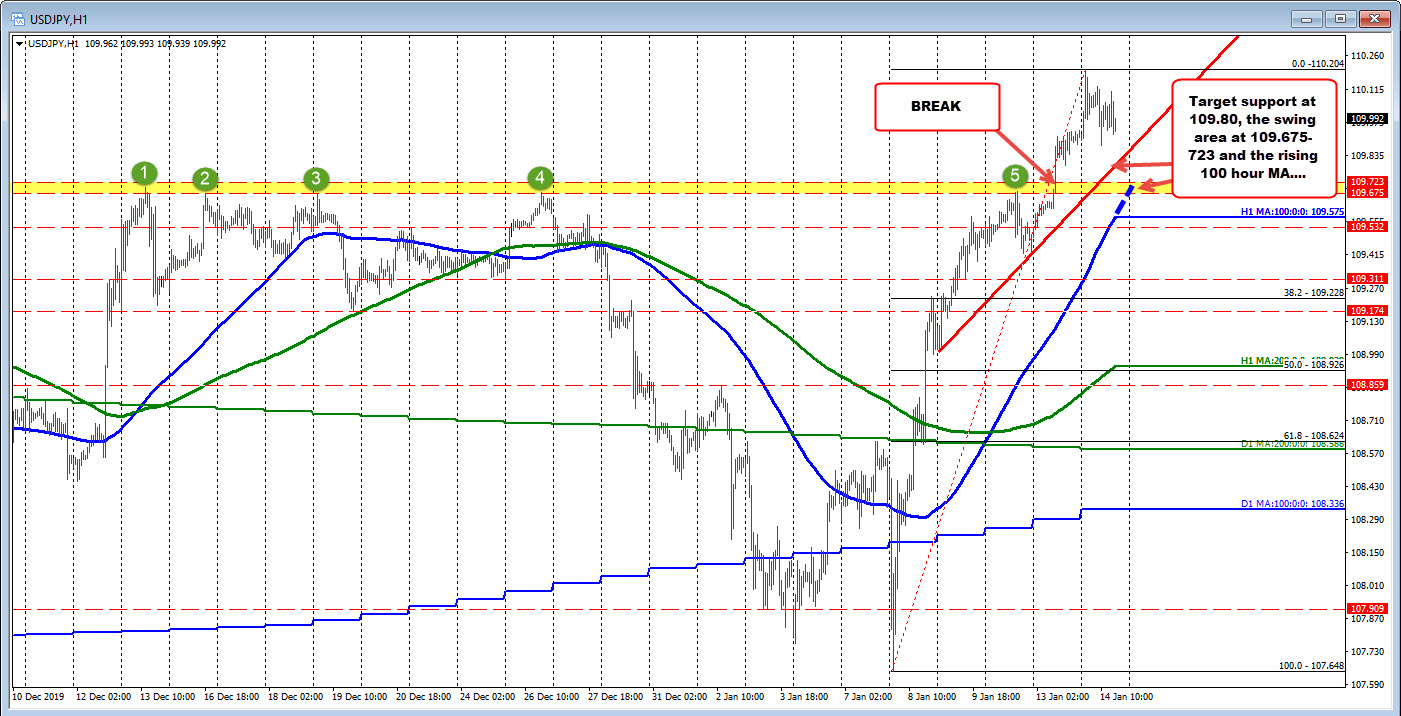 Yes… the price action is consolidating/correcting, but the sellers are winning a battle but above the 109.67-72, they are not winning the war.  The risk levels are defined.  It is up to the price action.
ForexLive

Risk-reward attractive for selling CHF against the USD and EUR

Oil finds a base after a week of selling

US natural gas prices are cratering

Growth is worse but at least uncertainty is lower